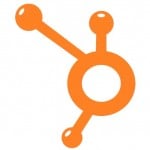 Many moons ago, Hila Aviran was a DJ who owned a music blog and traveled to music festivals and shows around the world. But it was life behind the scenes that caught her eye. Soon after, she found her calling as the Accounts Director for PixMob, managing the touring and concert portfolio.

Since joining the company in 2016, she’s forged lifelong friendships with her peers, gone camping with a knife, and participated in shows that delivered unforgettable PixMob moments to millions of people around the world, and that, to this day, move her spirit and speak to her soul.

We sat down with Hila to get the inside story on her journey, her favorite moments, motivations, and fun hobbies. Read on!

1. Could you describe your role at PixMob and how it has evolved since you first joined the company?

I manage PixMob’s concerts, world tours, and residencies. When I first started in 2016, I sold wristbands to Bar Mitzvahs and weddings, I’d even write a thank-you note and pack the order myself. After studying the ins and outs of our technology, I started researching the touring and concert production market and saw a real opportunity for PixMob to become a staple in that world.

Inspired by a PixMob OG who single-handedly developed the pro sports market for us, bringing in dozens of NBA and NHL accounts, I started working on my pitch to my directors on why I should be entrusted with developing the touring segment for PixMob. They gave me the freedom and trust to go out and do it. Since then, my sole focus has been to build new relationships, nurture existing ones, and make sure our clients and their fans have an unforgettable experience with our team and our technology.

2. You spoke briefly about the training and the initiation phase. How did it help you find your rhythm?

On my first day, I met nearly 75 people in the company, and everyone looked super focused and inspired. I felt like I walked into some secret society where every person was unique and brilliant in their own way, yet everyone was in sync. I was super excited to dig in and learn more about the magic behind PixMob and the brilliant brains who make it happen. I spent weeks sifting through archives, studying our technology, and asking as many questions as I could.

Two months later, we were whisked away on a secret camping and rafting trip. We were told to bring one survival item each, and one of my colleagues brought a hairdryer...to the woods. Tell me you’re a city kid without telling me you’re a city kid. I, on the other hand, brought a military-grade knife, which made a lot of people question my past. It was an eventful two days--we all came back in one piece, and let’s just say the initiation phase was as heart-racing as a PixMob show. But being pulled out of our comfort zones brought us all closer together and we’ve been a family ever since.

3. Before working at PixMob, what was the most unusual or interesting job you’ve ever had?

Years ago, I was DJing and running a music blog, publishing album reviews, artist interviews, and insider content from music events and festivals throughout the world. I loved everything about music, but it wasn’t until I started working backstage that I discovered this whole new world of people hustling to make a show happen--I was hooked. In 2014, I sold my music blog and began my quest to build a career around concert production. Now years later, life came full circle and I often find myself backstage watching artists I once interviewed when they were up and coming, using our PixMob technology to amplify their sold-out arena and stadium shows.

4. Sales can be a demanding job. How do you keep yourself motivated?

The team and our overall dynamic is so important. Everyone comes in every day ready to get sh*t done.

I want my team (and the company) to be able to count on me, so I use that as motivation and to never lose sight of the bigger picture--which is to deliver jaw-dropping moments to people around the world. Of course, there are tough days and really long nights, but seeing everyone’s hard work come to life and hearing the crowds go crazy makes it all worth it.

5. Could you tell us about a PixMob project that is close to your heart?

It’s tough to pick a favorite, but we’ve been working with the LoveLoud foundation since 2018, and they’re beautiful humans who do amazing things. LoveLoud was founded by Imagine Dragons’ frontman, Dan Reynolds, and together they produce big festivals in Utah which enable them to award grants to incredible organizations that serve LGBTQ+ youth.

In 2018, they produced a festival for 55,000 people in Salt Lake City, with Imagine Dragons headlining. For some in attendance, this was the biggest show they had ever been to. Once the sunset was on the horizon, the band walked on stage and the stadium went dark, and in a split second, 55,000 people lit up in sync with the sound of the first kick drum. The crowd went absolutely wild and the energy and sense of unity was palpable and overwhelming.

That event ended up raising over $1M to help support youth around the country.

My heart still races when I think about that night.

6. What is the fondest memory you have of your time here?


Definitely my time at the office. I spent my first year and a half at PixMob working at the office before moving to Nashville. I was at the office every day except when I was on the road for a gig. The team made it special. My day was the perfect blend of focused work and goofing around. I’d walk through the door and get a “hello sunshine” from one of the kindest humans I’ve ever worked with, and walk to my desk and find that one of my colleagues pranked me overnight, before heading to the conference room for a meeting about the next innovation. Our team shares a deep, selfless bond, and every day at the office, no matter how stressful or exhausting, was fulfilling and positive.

7. Outside of work, how do you spend your time? Any fun hobbies?

I love to go to shows, not just for work but to “disconnect to reconnect”. I like to stand in the middle of the crowd and feel everyone around me connect to the show.

I take in the collective joy, the pain, the unity, and the euphoria--it’s a big energy boost for me and inspires my work as well.

Besides that, I have an unhealthy sneaker obsession, I’m terrible at the electric guitar, I like to go to the lake with my dog, Roux, read books that humble me, and eat copious amounts of ice cream for someone over the age of 10.