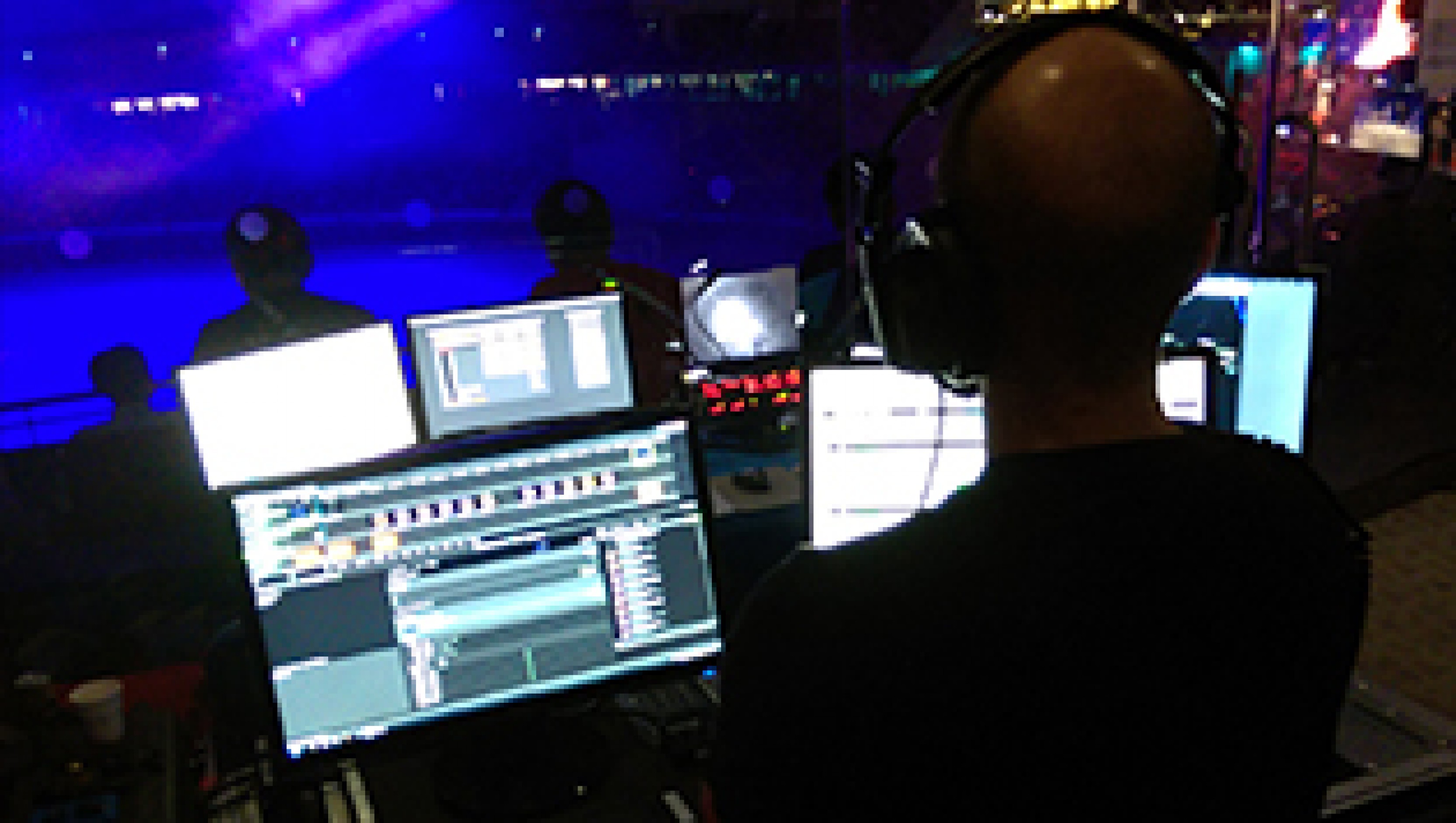 Behind the Scenes of a PixMob Show

As PixMob technology develops further and further, we are constantly forced to adapt not only in the workshop, but also on the field.

A PixMob show requires a large amount of preparation, and our production team is constantly on its toes making sure that everything comes together smoothly. We sat down with Nicolas Dupont, one of our operators, to get the inside scoop about this demanding, but also super exciting part of the work that we do here at PixMob.

What brought you to PixMob and why?

During my undergrad, a couple of my classmates were a part of the production team at PixMob and they introduced me to the company. Travelling has always been super important for me and I’ve always been interested in working with a production team in the entertainment industry, so PixMob seemed like the perfect fit. The members of the production team are the ones that really bring the show together for the audience. There is so much effort put in by the team so that the audience can live one short, but super intense and mesmerizing, moment. When the lights go on the crowd cheers, screams, and waves their arms up in the air. This instant feedback is super fulfilling. The energy that the crowd creates gives you goose bumps; it’s such a spectacular feeling.

Tell us about one of your favorite shows.

My favorite show was the opening ceremony of one of the largest sports assemblies in Southeast Asia. The games were in an open-air stadium in Singapore. Spectators were looking out at the buildings that lit up the city surrounded by tropical trees. It made for an incredible backdrop for the opening show.

This show was the first time I could be so invested creatively. I was able to use my artistic abilities to incorporate the PixMob effects into the rest of the show. We used PixMob VIDEO technology, which has much greater possibilities than our other technologies. Each object changes colour according to the colour information received at their particular location and the information they received adjusts to their changing location when in motion to create a global video image. Using this technology, we were able to create a comprehensive image that established a direct link between the PixMob experience and the rest of the show, as well as the public. The content that we integrated fit perfectly with the show and turned the crowd into a giant screen.

How did you prepare for this show?

This gig really used the full potential of PixMob products at the time, both creatively and technologically, so it demanded a lot of preparation. We prepared for about a month before leaving Montreal. We had to perform conditioning tests to make sure our video projectors would function in Singapore’s 40-degree weather with humidity reaching 90%. This was the first time we sent signals so far (200 meters), so we also performed distance tests by standing on buildings and walking around the neighborhood to see how far the signal reached. Preparing the material that would be sent to Singapore was very lengthy since we had 22 projectors that were specially modified for this particular event and over 15 road cases filled materials for the show. Finally, we prepared the content for the show beforehand by creating a pre-visualization tool with Adobe After Effect. This allowed us to show the client a preview of the desired effects and work together to make them coherent with the rest of the show in order to create an effectively immersive experience.

How did you, then, prepare for the show on site?

The team was on site for 40 days before the show date. The technical team installed all of our material in the stadium. The pixel managers worked with a team of locals to install thousands of pixels in the stands so that we could do the mapping necessary and perform rehearsals. The operators, which included myself, were responsible for the mapping in the stadium and for the integration of the shows content. This is really tedious work because we have to ensure that all of the 22 projectors send signals to specific zones and that each zone is defined in the control software with precision reaching a seat close. All of this work is extremely demanding and time consuming, which is why our creative director played a really important role in tying these different aspects of the preparation together and making sure we delivered an experience that was harmonious with the rest of the show.

Why is it exciting to experience a city through its entertainment industry?

It’s really interesting to see the different work ethics of people with different cultural backgrounds. You have to adapt to different standards and ways of doing things, which is really cool. You learn to work in conditions that are never the same in a situation where you have no choice but to make it work. It’s a great challenge that really teaches you to be tolerant and to adapt.

It’s also really cool to connect with a different culture through the energy and reactions of their crowds. The feedback you get from of a crowd will be drastically different from one country to another. It’s always linked to the local culture; an artist can put on the exact same set in two different countries and get wildly different responses. This direct and candid response is so cool to experience. It’s also really amazing to see people connect through the experience we provide for them. No matter the diversity of people in the crowd, they all react instinctively when their wearable lights up and this is really a wonderful scene to witness.