Teaming-up with Shawn Mendes: The Tour

Having already worked with Shawn Mendes and his team for occasions like his electrifying performances at the Billboards and the American Music Awards, there was already a heartfelt belief that PixMob were the right ones to help create something jaw-dropping and truly immersive for the audience on his upcoming tour.

Roses are a recurring symbol Shawn Mendes uses so when lighting designer Louis Oliver from The Tour’s team got in touch with PixMob lighting operator and programmer Rafael Linares, the idea to tailor the X2 wristband programming to work in tandem with both a giant stage rose and the smaller handheld roses featured in previous collaborations was a no-brainer.

“It was a really fluid collaboration from the beginning. They would share their ideas and we would elaborate on a particular idea with how we could accomplish the desired effect using our Moving Heads.” — Rafael Linares, PixMob Operator and Programmer 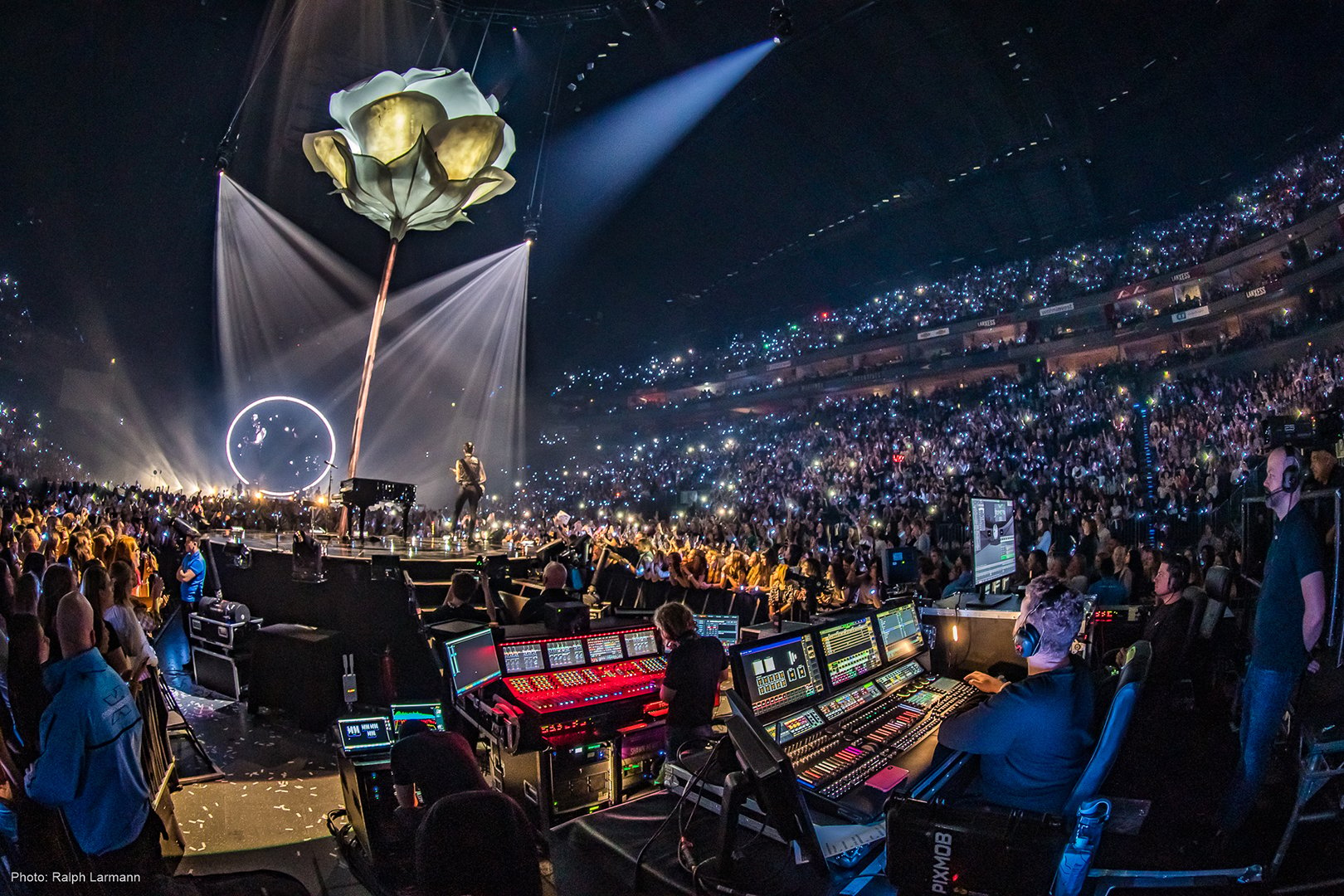 Over the course of two weeks, Rafael and Mendes’ team worked together in the UK, programming entire songs, then taking the finished sequences to rehearsals in Amsterdam: “We only had a couple of days to put the whole thing together but their team worked with such good collaborative spirit that it all came together flawlessly!” says Rafael.

A special rose — just for the fans

A big part of the show’s overall experience for the fans is a smaller, handheld rose with an LED in the center that’s given out to VIP attendees or bought as merch — an item they could even keep as a souvenir of their night out with Shawn.

Originally conceived by the Mendes team for Shawn’s Billboard performance, this life-sized synthetic rose’s LED mirrors the wristband programming to help the lighting sequences achieve a maximized effect — something lighting operators already love to see with the wristbands alone, as it amplifies the visibility and effect of their design.

And it’s clear fans are raving about the kind of energy PixMob has brought to the tour...

As Shawn Mendes: The Tour marches on, it’s already proven to be a perfect example of PixMob’s dedication to innovation and end-to-end support for bringing events to life — all in living color.