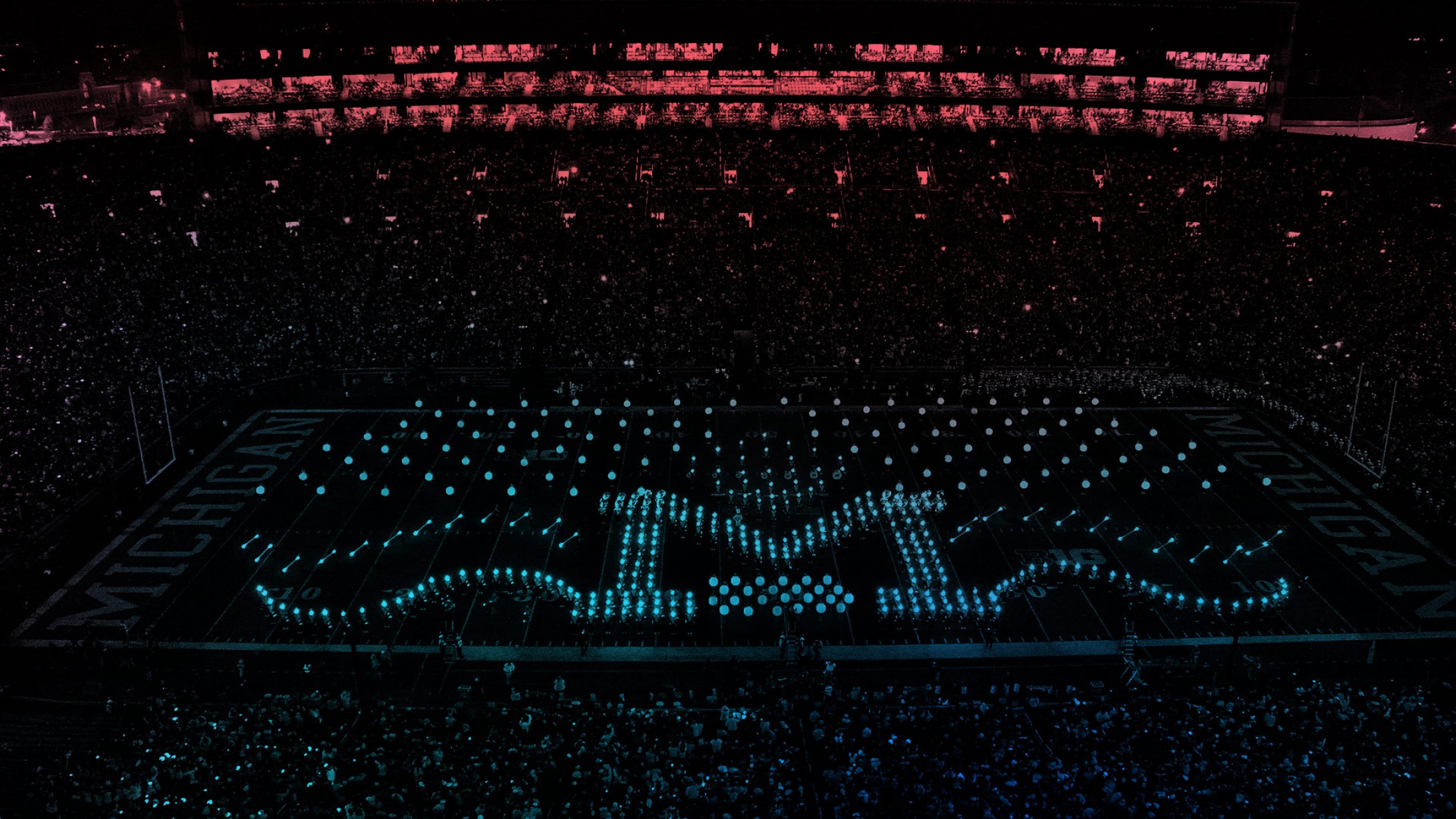 A Moving Light Show on the Field

PixMob was recently chosen by the University of Michigan Marching Band to add some magic to the halftime show of Under the Lights III, the football team’s annual night game.

Founded in 1896, the UMichigan Marching Band is well known for their on-field performances, and is an integral part of the Michigan football tradition.

The band used PixMob interactive LED technology to illuminate glowing balls and LED Flares embedded to their hats. Controlled by infrared, the objects lit up in multicolour, in sync with the music.

The show was an exciting surprise for the 110,000 fans, connecting them through the lights and music, and creating an unforgettable moment. The energy in the stadium was electric for the rest of the game. Michigan defeated Penn State 18-13. 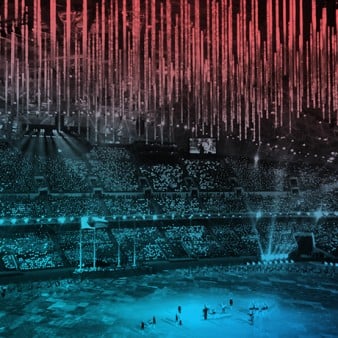